Belinda Carlisle had offers to go it alone all the way through The Go-Go’s career. That’s what happens you’re the frontwoman of a successful, Billboard-topping pop band. But no, The Go-Go’s were a tight one for all, all for one unit. Until their spectacularly messy split in May 1985, that is. So when IRS Records’ Miles Copeland approached the then-26-year-old singer in the weeks after to maybe, possibly, do the solo thing, it was a simple case of why-the-hell-not.

“I said sure,” Carlisle recalls to Classic Pop 36 years on. “I mean, I didn’t know how to do anything else!”

In the end, Belinda Carlisle’s solo fame would eclipse even that of her one-time band. She scored a world-conquering hit with the Grammy-nominated 1987 power pop classic Heaven Is A Place On Earth, while its parent album, Heaven On Earth, was certified triple platinum in the US and the UK.

Bafflingly, her first LP as a solo artist didn’t even chart in Britain. And while its lead 45, Mad About You, peaked at No.3 Stateside, it took until a 1988 reissue for it to hit in the UK. So, given that we Brits never took to Belinda first time round, its 2021 reissue is a chance to finally acquaint ourselves with its immaculately coiffured pop. 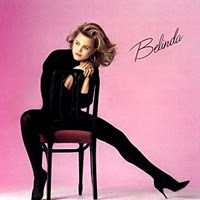 While the single Mad About You (a song originally intended for the aborted fourth Go-Go’s album) went Top Five in the US, Belinda’s other three singles – I Feel The Magic, a cover of Freda Payne’s Band Of Gold and Shot In The Dark – all tanked. That must have left a bruise or two.

“Having a song that doesn’t do well is always kind of a disappointment,” Carlisle tells us, via Zoom, “but Mad About You was so big that it made it a lot more palatable.”

Are there other songs off the album that, in retrospect, she wishes she’d released as singles? I Never Wanted A Rich Man, we suggest, sounds like it would have been a dead cert chart smash.

“God, I haven’t listened to that song, or that album, in years and years,” Belinda confesses. “In all the albums I’ve made, you can think that something’s a single when you’re recording it, but then you can’t get the mix right or it’s just not happening.“In my career, there have been lots of songs that could have been singles. Off the top of my head, Here Comes My Baby is one of my favourite songs off that album. At least I think it’s off that album! [It’s actually off 1996’s Real]”

Despite the other 45s’ lack of chart muscle, Mad About You’s success led her to the door of Rick Nowels, the producer and songwriter who would be responsible for some of her biggest hits, including Heaven Is A Place On Earth, Circle In The Sand and Leave A Light On. 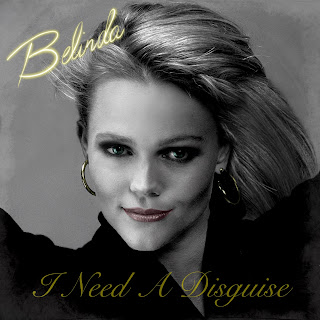 “I ended up working with Rick for the next three albums,” Belinda smiles, “so while the album may not have had any blockbuster hits besides Mad About You, it did bring a lot of really good things. It was Stevie Nicks that told Rick that we should try working together. He’s from California, I’m Californian, and we have the same sort of pop sensibilities.”

Is there any reason, we ask, why she’s not revisited that first record in such a long time? It isn’t because she’s embarrassed by it surely?

“No, it’s just because I just don’t listen to my music,” she laughs. “I do when I have to for work, and I’m going over melodies and things, but I haven’t listened to that album in over 20 years. Maybe even longer!”

Released 30 years ago, Carlisle’s fourth long-player struggled to hit the chart highs of its predecessor, Runaway Horses. Though it made No.7 in the UK, it became the first of Carlisle’s records not to chart in her home country and was the last LP of hers to produce a Billboard Hot 100 single (Do You Feel Like I Feel?, No.73). 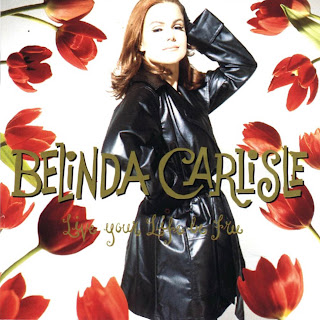 “There was a lot of pressure making that album,” she reflects. “Runaway Horses had done well around the world, but not in the States [the album peaked at No.37]. So it was a lot of pressure, make or break in the US. There are some songs that I’m not too crazy about on that album, but there are some good ones, too, like Half The World, that probably could have been a single. Also You Came Out Of Nowhere, You’re Nothing Without Me, and Emotional Highway…”

The album’s fourth 7“, Little Black Book, Belinda wrote with Shakespears Sister’s Marcella Detroit. It made No.28 in the UK but mystifyingly flopped in America.

“It’s a cute song,” she says, “but it’s not one of my favourites. The main thing that I remember is that I recorded the video right after I had my son, and they could only shoot me from the neck up!” she laughs. “But working with Marcy, we had a lot of fun in the studio.”

Is that a song likely to get an airing for Belinda’s planned live tour later in the year? “I’m just trying to think if I ever did it live…?” Carlisle ponders. “You just gave me an idea! I’m writing it down. I should put it in the set because I don’t think I’ve ever done that live. If I have, it’s been over 25 years.” 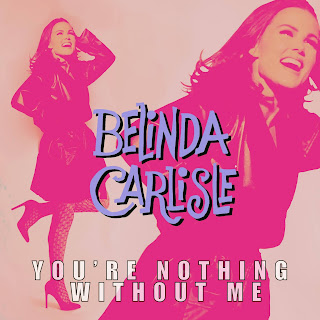 So why does Belinda think the album didn’t play so well in America?

“A lot of artists would say the same thing,” she says, “but when you sign a record deal, or you have a new album out, sometimes there are big changes within the company, and people who were your champions, leave. So you’re left with people who don’t really care or have their own agenda, and then you get left in the dust. That’s happened quite a few times to me, and that definitely happened for that album.”

When Classic Pop last spoke to Belinda Carlisle in 2017 she confessed that 1996’s A Woman & A Man was her least favourite record. “That album is terrible,” she told us. “I was in the throes of addiction. I think there are a couple of decent songs, but for the most part it’s not very good.” 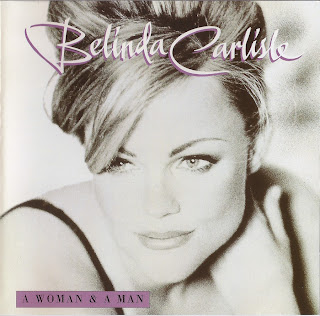 So, is she still of that opinion?

“Oh, I can’t listen to that album,” she grimaces. “But when I say that in interviews, I get fans saying, ‘What are you talking about? It’s a great album!’ Well, whatever… but I don’t think it is.”

Belinda puts the record’s weakness down to her putting her addictions over her art. “I wasn’t as present as I should have been and I think that shows,” she says. “It was the first time in my life that I didn’t have the final say of what was going to go on an album.”

Carlisle recalls that she’d wanted the track Falling Into You, a co-write between Billy Steinberg, Rick Nowels and Marie-Claire D’Ubaldo, for the album, except the record company redlined it. It stung then, when the song later became a smash for Celine Dion.

“Not that it would have been a hit for me,” Belinda says. “But I wish I had really stood my ground and said, ‘Nope, it’s my job on this. I’m going to do it my way.’”

Another memory that evokes a pained wince from Belinda concerns the title track. It was intended to be a single, until a studio disaster scuppered their plans. 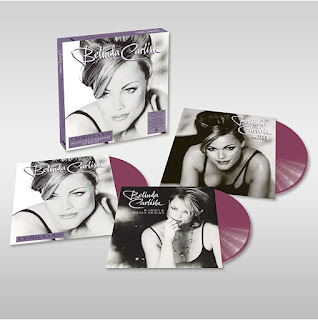 “It should have been the first single,” she says, “but it was recorded when we were still on analogue and, with tape, and when something goes wrong, you’re basically fucked. So they lost the mix on it, and it was an amazing mix, and they could never quite get it back.”

Arguably the LP’s peak point is California, a wistful ode to her home state, which, as a single, nested just outside the Top 30 in the UK. Listen closely and you’ll hear the unmistakable vocals of Californian pop’s most famous son, Brian Wilson, on the track. A lifelong Beach Boys nut, Belinda had guested for Wilson a few times, but California marked their first collaboration on one of her own records.

“Brian’s very eccentric,” she laughs. “He came to the studio and he had the basic track on a cassette and was singing all the parts over the track. Honestly, I was like, ‘Oh my God, this is horrible. I mean, what are we going to do?’ And the producer, David Tickle, said, ‘Well, just let him do his thing.’

“I was mortified, thinking what’s going to happen? But then Brian got into the vocal booth and started singing these parts, and it was the most emotional, unbelievable experience I’ve ever had. I was almost in tears because Pet Sounds is my favourite album. To have him sing on my album was one of the best things ever.”

What about Per Gessle’s Always Breaking My Heart? That’s a cracking track, too, making No.8 in the UK. 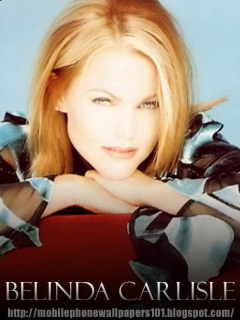 “To be honest, it’s not one of my favourite songs on the album,” she shrugs. “I think it probably would have been much better for Roxette. It’s a good little pop song, but it doesn’t really feel like me.”

Looking back on the record now, 25 years on, Belinda’s biggest regret is not being more assertive in its production. That, and not kicking the drugs earlier – she finally got clean in 2005.

“If I could do anything different,” she reflects, “I would have been more present, I wouldn’t have been on drugs and would have put my foot down as far as what I wanted to sing, not what somebody else wanted me to sing. Cos that’s what I ended up doing because I was in such a bad place.”