INTERVIEW: Belinda Carlisle on The Beatles and British fans ahead of Norwich show. 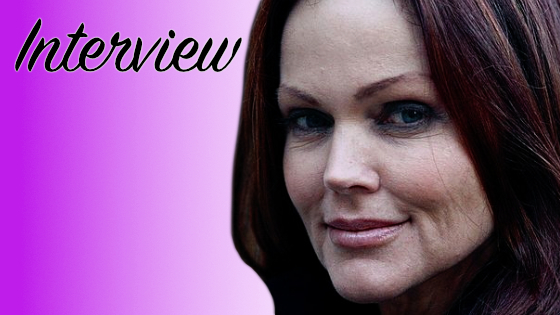 With a career spanning more than four decades and with records sales of more than eight million units worldwide, three million of them in the UK alone, Belinda Carlisle is without doubt one of the most successful pop artists in the world. She is celebrating the 30th anniversary of her third album Runaway Horses this year and to celebrate is heading on a 14-date solo tour and will be in Norwich on Wednesday, October 2. Ever since she stepped in front of the microphone during the late seventies in the Go-Go's, the first all-female collective to write and produce their own chart-topping Billboard hits, Belinda Carlisle explored a variety of musical styles, all the while providing listeners with irresistible hooks and unforgettable storylines. The Go-Go's sold seven million albums and counted Kurt Cobain and British acts like The Specials and Madness amongst their biggest fans. By 1985 Carlisle was ready for the fresh challenge of a solo career and her gold-certified solo album debut, Belinda, was released in 1986 spawning the hit single, Mad About You, before her second album, Heaven On Earth, elevated her to the next level as one of the most successful female artists of the decade.


You are celebrating the 30th anniversary of Runaway Horses this year - do you look back fondly on the album?
Absolutely. Out of all my solo albums, it's my favourite. The material is so good. Some of the songs have a real melancholy about them, which I've always liked. There is an element that is less rock and more melancholic. It also has more unusual arrangements. It's more European sounding.

Can you expand on that?
There was a lot of pressure to follow up Heaven is a Place on Earth. A lot of over-thinking and second-guessing went into the making of it, but it is still an amazing album. It has some of my favourite songs. No matter how many times I have the privilege of singing Summer Rain, I just love it. Of all the songs from my career, that is the one I most enjoy singing.


Have you met the other Beatles?‎
John and Yoko came to a Go-Go's gig, and I have met Ringo. I haven't met Paul yet, but I'd love to. Perhaps you can make that happen!

You have a marvellous relationship with your British fans, don't you?
Yes. I feel a great connection with them. In the UK, it's different from in the US. When British fans discover you‎ at the beginning, they're there for the long haul. American fans are fickler. I see fans here that I've been seeing for 30 years. I can name five of them off the top of my head. I love the enthusiasm of British audiences. They're not quiet or subdued. Every concert in the UK is a great exchange of energy. If people just sit there and don't move, it's a drag.

What is your view of the current proliferation of TV talent shows?
Young people these days don't seem to realise that music used to be something you developed yourself. You played around the clubs for years. It didn't just come from talent shows. They have forgotten that music is about art more than commerce. It's not just about having a good voice - lots of people have that. It's about something extra. The musical structures are different now from when I had my hits. There is still some creativity, but it's not so much about art as it used to be.

You are touring the UK in the autumn. What do you like about live performance?
I love performing the songs. I love the feeling of allowing people to escape from their daily lives for an hour and a half. I'm very blessed that I can make that happen. ‎The great thing about some of my songs, like Heaven for instance is that they transcend being just a song and become a moment or represent an era.
Why has Heaven Is a Place on Earth become such an iconic track?
It's one of those songs that has become something else. It took on a life of its own. That song was son big and in some parts of the world it took over the radio. It still means a lot to a lot of people. That really gratifies me. It makes me happy that I can make people happy. Belinda Carlisle comes to the UEA LCR on Wednesday October 2 at7.30pm and you can purchase tickets at ueaticketbookings.co.uk