Interview: “I don’t like fast-food farming or the fact that meat production is one of the biggest causes of greenhouse gases” 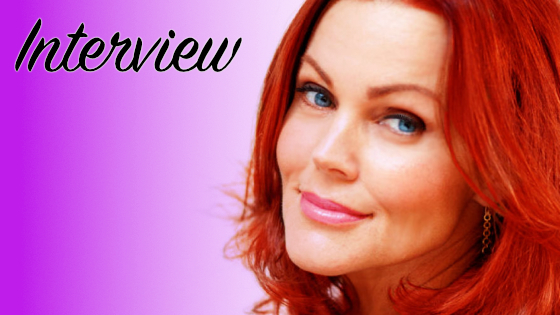 The singer on getting up at 4am, kundalini yoga and why heaven is a place in Bangkok..
For the past three years, most of my time has been spent in Bangkok, Thailand. Now my husband [Morgan Mason, son of the actor James Mason] and I have made the big commitment — we’re having our furniture shipped from LA. Bangkok is the most exciting city I’ve ever lived in. Asia has something the West doesn’t have — it’s a perfect mix of First and Third World. Aesthetically, it’s not beautiful, but the energy is amazing and it lacks the aggressiveness of most cities. We’re renting a high-rise apartment, but we’re looking for land to build a house. Hua Hin might tick the box because it’s just two hours from Bangkok. We want to live near the big beaches, but somewhere a tsunami can’t reach.


Why did you leave France in 2017?
We’d lived there for 24 years, mainly in Antibes and Les Adrets, and we were bored. We’d done Europe to death. We tried moving back to the US, but it didn’t work. Trump wasn’t the only reason. It was mostly because we thought it was going to be like it used to be, and, of course, things change. We were going back to something that didn’t exist.


Describe your daily routine?
I get up at 4am, have a coffee, then put on my Audible app and listen to a great spiritual teacher such as Eckhart Tolle, Tara Brach or Deepak Chopra. I practise kundalini yoga, which involves a lot of breathing and chanting, for 15 minutes every day. It changes my perspective on everything and gives me the stamina I need for concert touring. 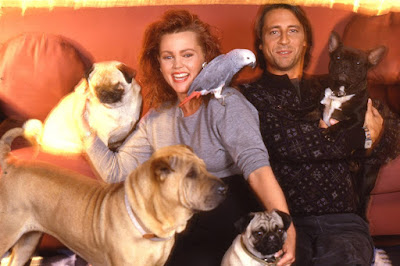 Afterwards, I’ll walk through my local park for an hour before going to a Pilates class. I usually take a nap after lunch, then read a book before going out for dinner or doing some grocery shopping. It’s a simple life. When I’m on tour, it’s not that different, except I go to work at night. I only work two days in a row. I know what my capability is. I say no to things quite a bit, because that keeps me sane.


What’s in your fridge?
We usually eat out. It’s mainly fruit and vegetables, rocket and almond milk. I’ve been a vegetarian since the mid-1980s. I don’t like fast-food farming or the fact that meat production is one of the biggest causes of greenhouse gases. Actually, I don’t think it’s good to eat animals.

How would you describe your style?
I don’t like anything that matches. I like lots of things on the walls. I like clutter. Most of my things have a sense of humour and a little story attached. Everything we had in France and LA was rehashed from second-hand stores and flea markets, but I mixed it up with great art. We have works by Pablo Picasso, Jean Cocteau, Gustave Moreau and Maxfield Parrish, but my favourite painting is by Alexander Calder.

How would you describe your style?
I don’t like anything that matches. I like lots of things on the walls. I like clutter. Most of my things have a sense of humour and a little story attached. Everything we had in France and LA was rehashed from second-hand stores and flea markets, but I mixed it up with great art. We have works by Pablo Picasso, Jean Cocteau, Gustave Moreau and Maxfield Parrish, but my favourite painting is by Alexander Calder.

Did you feel like the girl from the other side of the tracks dating Morgan?
I came from Burbank, he’s from Beverly Hills. That’s about as opposite as it gets. His father had died by the time we met, but his mother, Pamela Mason, was still living in a grand old mansion on the old Buster Keaton estate on Pamela Drive [named after her]. It wasn’t intimidating, but it wasn’t the world I travelled in.

Where did you live in Beverly Hills?
In 1989, we moved to an eccentric hillside cottage in Bel Air, the former home of the actress Carole Lombard. She bought it in 1937 and it was her canyon getaway, where she had trysts with Clark Gable. She’d left her signature, handprints and footprints in the cement in the kitchen.

You’ve also lived in London. Where?
In the mid-1990s, we moved into a charming old house on Well Walk, right on Hampstead Heath. It was beautiful, with a little turret. It was also a pain in the ass — it had four storeys and no elevator. After a few years, we decided to go back to France, to the sunshine.

What’s your most treasured possession?
A little blue card in a silver frame, signed ‘To Belinda, with love, Federico Fellini’, a gift from my husband. The film La Dolce Vita changed my life. I wanted to be Anita Ekberg at high school, save all my money, move to Rome, work at an ice-cream parlour and ride on the back of a cute Italian boy’s scooter, smoking Italian cigarettes and drinking Veneto beer.

Link to the Original Article