In a benefit for UCHealth’s CeDAR, the Center for Dependency, Addiction and Recovery, the lead singer of the most successful girl band of all time will share her recovery journey and a musical performance. 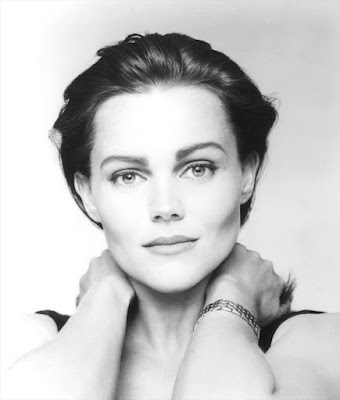 As the lead singer for the iconic 1980s girl band, the Go-Go’s, Belinda Carlisle appeared to have it all: big hits, endless fun and a sunny California life full of parties, beaches and convertibles.

But, behind the scenes, Carlisle’s MTV image never matched her dark reality.“ The media referred to me as ‘America’s sweetheart,’ but I never believed I deserved the fame or accolades,” Carlisle told one interviewer.

Her mom was 18 when she had Belinda and suffered from depression. Carlisle left home as a teen and sought refuge in the Los Angeles punk scene. Both her biological father and her stepfather coped with alcoholism. Her dad left when she was 5 and Carlisle blamed herself. Then, she said her stepfather was abusive when he drank.

Carlisle started drinking early, then fueled her success with a 30-year cocaine addiction. She also suffered from deep insecurities, depression and eating disorders.

Finally, when Carlisle was well into her 40s, after a 3-day bender, her husband gave her an ultimatum and she got the help she needed to face her depression and overcome her addictions.

“I was depressed because of the circle of addiction and the shame that goes along with it,” Carlisle told ABC’s Good Morning America.

Carlisle now lives far from the Hollywood glare in Thailand, where she’s Buddhist and uses chanting and yoga to keep herself healthy and centered.

In a rare U.S. speaking engagement, Carlisle is coming to Denver on Aug. 24 to share her story and a musical performance. Click here to learn more.

The event, Critical Conversations, is a benefit to support scholarships for treatment at UCHealth’s CeDAR, the Center for Dependency, Addiction and Rehabilitation.

Susan Dearing-Bond, CeDAR’s Director of Development and Marketing, said it’s powerful for celebrities like Carlisle to speak openly about their struggles because they can reduce the stigma that still prevents some people from getting treatment for substance use disorders and depression.

“Typically, when you say someone is fighting cancer, we say, “OK.’ We want to do the same for people fighting addictions and those who are in recovery,” Dearing-Bond said. “This is not a disease people ask for. Their recovery is just as important as someone battling diabetes or cancer.

“It’s OK to talk about addiction and recovery. That’s why it’s a critical conversation,” Dearing-Bond said.

The U.S. has far too few treatment programs for drugs and alcohol.

“There are so many people who need help,” Dearing-Bond said.

All proceeds from Carlisle’s event will support scholarships for patients who don’t have insurance or need help paying for CeDAR’s services.

Many rehab programs offer quick fixes and that’s not realistic for many people, said Dearing-Bond.

CeDAR’s staffers specialize in treating the root causes for addictions.

“A large part of what we do is treat the co-occurring disorders. So many people with substance use issues are dealing with trauma or depression or bi-polar disorder. We are not just a quick fix like so many treatment centers,” Dearing-Bond said.

Many centers promise that they’ll “clean you up,” she said.

In fact, addiction is a life-long challenge.

“We can help you get into remission. But you have to continually treat the underlying causes,” Dearing Bond said.

She will interview Carlisle during the January event at the Denver Center for the Performing Arts’ Seawell Grand Ballroom. In 2017, Dearing-Bond conducted a similarly intimate conversation with actor Rob Lowe.

As with Lowe, she’s not afraid to ask tough questions of Carlisle.

“I really want her to talk about why she kept her addiction a secret for so long,” Dearing-Bond said. “I know she was fearful. She was afraid of letting people down, not just her immediate family, but her fans too.

“She flat-out lied for a long time and that’s a very, very common thing,” Dearing-Bond said.

It’s important for everyone struggling with addiction to know that they don’t have to hide.

“It’s about being open and honest,” Dearing-Bond said. “Would you hide if you had diabetes? This is a disease and it’s OK.”

After many attempts at recovery, Carlisle finally was able to get clean in 2005.

Always a rebellious soul, Carlisle writes in her 2010 book, Lips Unsealed: A Memoir, about the escape and confidence she found as a teen when she started using drugs and alcohol.

When the Go-Go’s hit it big, Carlisle was young and insecure. She always had struggled with her weight and remembered people cruelly calling her “Belimpa.”

In addition to keeping her skinny, she said drugs numbed pain from her childhood. She found herself going through repeated cycles of self-medication and self-loathing.

Remarkably, throughout her struggles, Carlisle managed to stay married to her husband of 32 years, Morgan Mason. They have one son, James Duke Mason.

“My husband had no idea how bad it was,” Carlisle said.

Ultimately, he figured out she was in crisis and Carlisle embraced the chance to get help. She had begun to fear that her addictions were going to kill her and that she would only be known as a famous person who died of her demons.

Now 60, Carlisle is eager to drive home the message that anyone of any age can confront addiction. She’s grateful for the help she got with depression, eating disorders and addiction and wants to give back by supporting CeDAR.