on August 10, 2017
Belinda will be releasing a new studio album, her 1st in 10 years and it's going to be a pop album of repetitive chants "I wanted to share with my fans what I feel can be a life changing practice for anyone." Belinda's last studio album "Voila" was an album full of french standards (Covers). The Album will be released on the 29th September 2017. 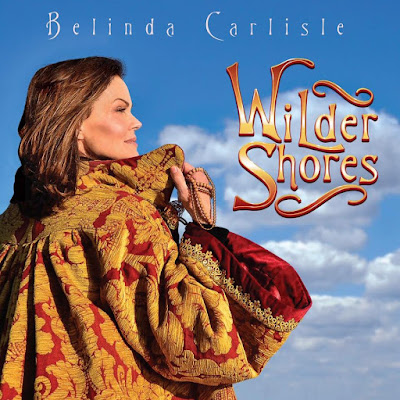 Belinda explains: I have been practicing Kundalini Yoga for over twenty five years and in the last twelve years I have built up a serious practice routine and begun studying the mantras that are used in classes much more closely. I've always wanted to do an album like this but I never felt I was ready until early in 2015. It's not just music on this album, it's a science that requires an element in the voice called the naad. Naad is almost a transference of energy through the voice and it wasn't easy for me to learn. That being said, I am a pop singer so I could never be a traditional chant or kirtan artist as it would not be true to who I am.

Wilder Shores is therefore still a pop album with the same structure of verse, bridge and chorus as my previous records but it is done with repetitive chanting. I've chosen seven mantras (there were thousands to choose from) that have been really effective for me and put them into the pop song format. If you were to put it on in the next room or in the background you would think they are pop songs, but when you listen you can hear it's not in English but in the language of the Gurus, Gurmukhi. This project came completely from the heart and from the experience that I have had with chanting.

I wanted to share with my fans what I feel can be a life changing practice for anyone. I decided to include an acoustic version of "Heaven Is A Place On Earth" on this album because lyrically it is and always has been a song of hope. I've performed it in a very broken-down form in big yoga classes, and have had many people coming up to me afterwards to say they didn't realize the lyrics were so in keeping with yogic philosophy until they heard it stripped of all its production.


A Sample of Adi Shakti