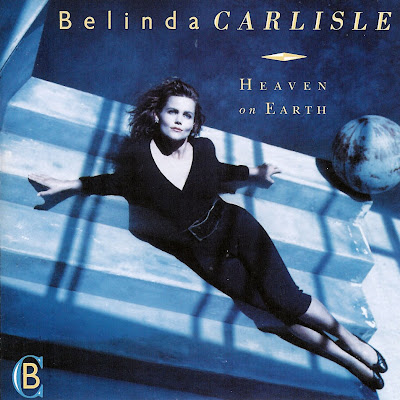 Belinda's second Studio album and her best selling one.

Reviews:
Nobody owns me but Belinda, 28 Nov 2002
By Daniel Jolly (Amazon Customer)
This album represents Belinda Carlisle at the most popular, most confident stage of her career. Following the success of her solo album release, she tells us "I'm not afraid anymore," and declares that "nobody owns me." After all, "our love is all we need," and Belinda was basking in the love of both a rather newly-wed husband and a legion of new fans. This album is a declaration of self-worth and possesses some really anthem-like qualities, although the central theme is still love, of course. I love this album so much that I can still remember when and where I bought it when it was initially released.

If you accidentally program your CD player to select tracks randomly, that will not be a problem with this CD; every song is wonderful, and there is always a good chance you will hit one of Belinda's biggest hits. "Heaven Is a Place on Earth" topped the charts, while "I Get Weak" and "Circle in the Sand" were top ten smashes. As good as these three hits are, I personally don't think they are the best songs on the album; in fact, I consider the wonderful song "Circle in the Sand" one of the weaker tracks on the CD. My favorites are "Should I Let You In?" "World Without You," and "Nobody Owns Me." Most of these songs are fast and beat-driven, which is somewhat unusual for a Belinda CD. "Nobody Owns Me" is definitely a song to get you pumped up and ready to tackle the world again. Still, though--and this is an eternal theme with Belinda Carlisle--love is what is really important. Personal strength requires love, she seems to say: "I Get Weak" celebrates rather than condemns such weakness; "Should I Let You In?" addresses the importance of making your own choices and avoiding bad relationships; "Fool For Love" declares that love is worth making a fool out of yourself for. Heaven on Earth is a little unusual in that it features only one slow, romantic song from Belinda; but after an album full of upbeat, energetic tracks, the soft and sweet "Love Never Dies" is a perfect culmination to this artist's most successful album. 5/5